For the rotating features, we pull from our signature flavors, seasonal specialties, or any creation that we're feeling especially sweet about that week.

Check out our ordering page or call us at 757-675-3966 to place an order for cupcakes or cookies off our menu!

Orders can be placed and prepaid online prior to 11pm the night before. If you would like more than 6 cupcakes of one flavor it is considered a special order due to baking schedules and ingredients. We do require at least 48 hours notice to fill an order of 6 or more of one flavor. Special orders for flavors not on the current weekly menu are available by emailing us at tscupcakesorders@gmail.com with at least 72 hours notice. Pick up at the Sugar Shack 2724 Virginia Beach Blvd. Virginia Beach, VA 23452. 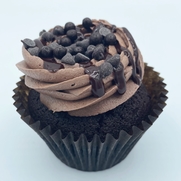 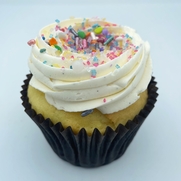 This is our traditional vanilla cupcake made with the best Madagascar vanilla and then topped with or amazing fluffy vanilla bean frosting. We top it with sprinkles or other fun things so it is ready to celebrate any occasion or holiday. 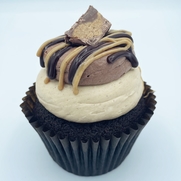 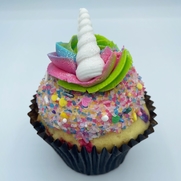 This is a funfetti cupcake frosted with cotton candy buttercream, rolled in rainbow sugar crystals. Topped with a swirl of vanilla colored buttercream, a unicorn horn and sparkle. 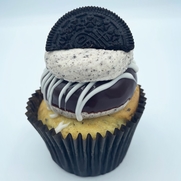 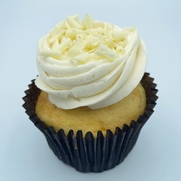 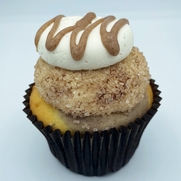 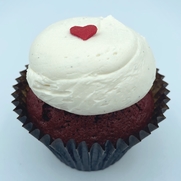 Our take on the classic red velvet cupcake. It was approved by Florian himself when we were on Cupcake Wars. It is the perfect red brown color. We add buttermilk and a hint of cocoa powder and finish with our delightful light fluffy cream cheese frosting. This one is a crowd pleaser. 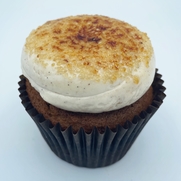 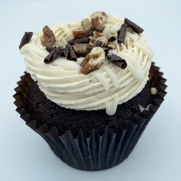 A rich chocolate cupcake cored and filled with pecan pie filling. Frosted with brown sugar bourbon buttercream. Drizzled with with a bourbon glaze and topped with chocolate curls and toasted pecans.

Highlighted Flavors
for the week 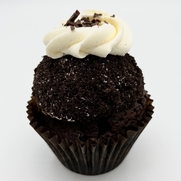 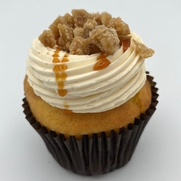 The Diva Sampler is our most popular, fan-favorite assortment, with your choice of 6 cupcakes from the current menu. Offered at a special, family-friendly price of only $19.00 - that's like getting one for free! For an even better deal, grab our Diva Dozen for only $36.00.
It's like getting TWO CUPCAKES FOR FREE!

Baby Cake Diva Samplers feature mini versions of our standard cupcake. They come 12 to a box, with a mix of 6 flavors from our current menu. Our bakers choose the flavors. At only $18, they offer a taste of all the Twisted goodness.
Twisted Sisters Cupcakes bakes with nuts, wheat and dairy.
Although we make it very hard to resist temptation, we urge those with allergies not to consume our cupcakes. 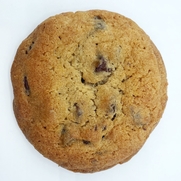 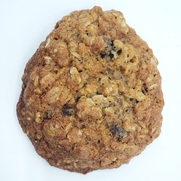 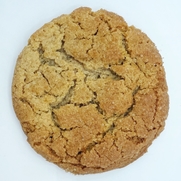 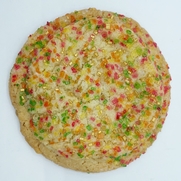 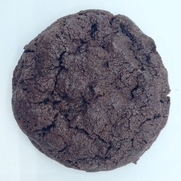 A rich chewy chocolate cookie with chunks of chocolate all throughout. 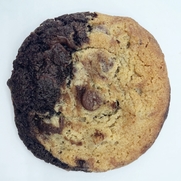 A soft chewy half brownie half chocolate chip cookie. 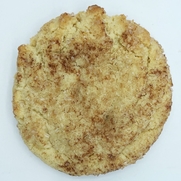 This soft baked sugar cookie is rolled in cinnamon and sugar for the perfect bite of sweet and spice.

No need to search any further for the best cookies in Hampton Roads. Our cookies are made with the best ingredients including sweet cream butter, ghiradelli chocolate, saigon cinnamon and madagascar vanilla. We took your favorite cookies from gandmas house and transformed them into jumbo gourmet cookies.

Twisted Sisters Cupcakes bakes with nuts, wheat and dairy.
Although we make it very hard to resist temptation, we urge those with allergies not to consume our desserts.